Please be advised that in this entry I’ll mention nudity.

I know that the subject is terribly sensitive, especially to some of the extremely gentile world leaders like the president of Iran.

When the quiet and unassuming leader of one of the world’s most violent nations visited Rome recently, a museum he visited covered statues of nudes lest Mr. President be offended.  Mr. President met with the Pope while in Rome; I hope the Holy Father didn’t subject him to a tour of the Sistine Chapel.  Lots of nudies up on the ceiling.

Now I suppose it is only polite to show a bit of cultural sensitivity when someone from another culture comes to visit.  But covering up great works of art goes beyond my definition of cultural sensitivity.  The smarty pants part of my personality would have wanted to march Mr. President past the naked sculptures to see how he handled the shock.

While wondering about that, I wondered how Iranians would adjust to my sensitivities were I to pay a visit to their charming nation.  (Just to be clear, Iran isn’t on my short list of vacation paradises.)

If the Iranians want to be culturally sensitive to moi, they would realize that I’m offended by the sight of women covered from head to toe in a black bag, nothing but their suffering eyes for the world to see.  If the locals want me to feel at ease, dress the women in real clothes – I’m sure Talbots or J. Crew could come up with some stylish yet modest outfits.

This entire bit of nonsense reminded me of the first time our family went on pilgrimage to Italy.  We were walking into the center hall of the museum in Florence.  I looked down and my daughter had her hands over her eyes; she had noticed that the famous statue of David doesn’t have a fig leaf.

My wife and I explained that it was art and she could look at it but didn’t have to.  She continued to avert her eyes.  I’m thinking Mr. President could have done the same thing.  But perhaps he isn’t as mature as my daughter was.  She was six.

Used to be when you talked about the “facts of life” it meant that often awkward talk a parent has with a child.  You know the talk:  man and woman are different and because of those differences they can make a baby…don’t worry, I won’t go into further detail.

But it seems that in Alberta, the facts as I learned them no longer apply. In Alberta schools, whether someone is a boy or girl no longer is determined by their physical attributes, but how they feel on a particular day.

Today, I identify as a boy and thus use the boys’ bathroom.  Maybe tomorrow I’ll want to express my feminine side and use the girls’ bathroom.  Why bother to have two bathrooms?

If I’m an athlete, I can decide whether I want to play on the boys’ teams or the girls’ teams.  This begs the question of why, in this brave new world of no facts we have teams of different genders.  Why not just have everyone play on the school team?

OK…then some would argue that because boys are (generally speaking) bigger, stronger and faster than girls, pretty much only boys would get to play on school athletic teams.  But if you aren’t supposed to identify boys from girls, I guess you wouldn’t know if that happened.

Are you confused yet?

And while students can pick their gender, they can no longer have a mother or a father (although I’m pretty sure most of them do – at least biologically).

That’s right; schools are no longer to refer to mothers or fathers, hopelessly archaic terms, but to parents or caregivers.  Banned words include her, him, he, she, Mr., Mrs., Miss and Ms., all terms that suggest you are making a judgment about the person’s gender identify.  (I know, if it looks like a boy, walks like a boy, talks like a boy and acts like a boy…well that doesn’t matter anymore.)

Frankly, this is beyond silly.  I identify as male because, well, I am male.  And I hope my manner and attire always make that clear to those around me.

But I guess if I visit Alberta I’ll be an “it.”

Over the years, I’ve heard or read a question that always provokes my heart and mind.  It goes something like this:  “If you were arrested by an anti-Christian government, would there be enough evidence to convict you?”

Just to be clear:  I’m not especially brave, am seldom accused of great nobility and have no desire to die a martyr.  (You don’t have to be burned at the stake to get into heaven, or so I’ve been told.)

Just the same, I think real persecution is approaching and I want to remove any doubt by providing future prosecutors/persecutors all the evidence against me that they will need.  Here are a few of the things I believe:

I would go on…but I figure this is enough.  I hear the heavy boots of the thought police approaching. 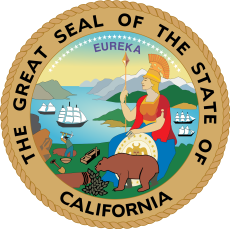 I’m not someone to help the government find new ways to regulate.  I believe that in most instances, when government tries to solve problems it makes them worse.

Perhaps there are good intentions, but government makes lots of bad results.

But despite that, I want to recommend that legislators in California expand a new law that kicks off this year and is embroiled in a heap of legal battles.

The law, Reproductive FACT Act, requires pro-life crisis pregnancy centers to inform their clients of places where they can get an abortion.  Put in blunter terms, if a pregnant woman shows up at a crisis center looking for help and is inclined to give birth to their baby, the center has to let them know that if they have a change (degeneration) of conscience, they can go to another place and get an abortion.

No, it isn’t logical and it doesn’t make sense – unless you are a in a state with a body of legislators and governor who think disposing of babies is a legitimate thing for government to promote.

But I really don’t want to get into that moral argument, which I can’t believe is yet under debate.  Instead, I propose to California lawmakers that if this law makes sense, there are other them must enact:

I know, I know.  These are quite ridiculous.  But are they any less ridiculous that requiring a service that is trying to save lives to refer its customers to a business that want to kill babies?

Joseph was an extraordinary ordinary Joe.

I’ve been thinking about him a lot this week as the year was winding down and I have drifted into new stages in life. Like Joseph, I’m a husband and father, although serving a comparatively minor role in the story of the human race.

Of course, the Joseph I’ve been thinking about is the husband of Mary, Mother of God.  Joseph doesn’t get many lines in the Bible, although he played a pivotal role in protect Mary and Jesus and forming the human part of Christ.  He accepted an expectant virgin as his wife and fled with her to a distant land when warned by an angel in a dream.

Pretty big stuff for a small-town carpenter, just an ordinary Joe.  But a saint.

And that’s why I’ve been thinking about him as I face the many challenges in my life:  wife and kids, aging parent, job, house with deferred maintenance, car need repairs and the acceptance that in my seventh decade the knees are a little weaker, the back a little sorer and I’ll finally have to let go of my dreams of playing in the NBA or fronting for a rock band.

Joseph reminds me what is important.  He never did anything notable by the standards of the world.  He just cared for his family and lived a hard-working life.  And 2,000 years later he is an inspiration to men around the world.

Maybe if I keep focused on the really important things in life I’ll be able to walk in his shadow.