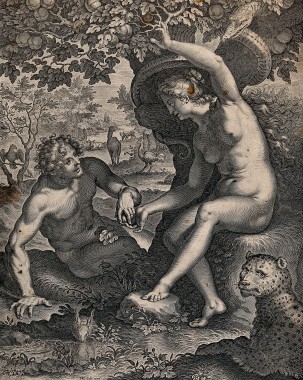 I have done you a favor that for me was painful and consumed several hours of my life that I’ll never get back.

I read the entire 110 pages of the BIDEN-SANDERS UNITY TASK FORCE RECOMMENDATIONS.  I have linked to the document in case you are not familiar with it or really want to read it.

In summary, the document says America bad, socialism good. It has a utopian tone to it that suggests the writers have little experience in the real world and have never studied history.

Of course, there once was a utopia on earth: The Garden of Eden. Just two humans, urged on by Satan’s serpentine surrogate, went astray. Imagine what Satan can do with the sophisticated socialists of today’s world.

Well, actually you can observe what the evil one can do. Think of Cuba or Venezuela. Think of the failed Soviet Union.

This latest description of a glorious society reads like something Stalin would have cooked up. Some of the participants in its creation probably think the old Soviets had their positive points. After all, Stalin may have killed 20 million of his fellow countrymen but he didn’t kill more than 100 million. He wasn’t ALL bad.

This “unity” document is based on the premise that America is a total disaster and by just making the commitment and spending trillions of dollars we can change the climate, pay everyone high wages in union jobs, house everyone in an energy-efficient home, give everyone free college and health care, and get everyone to work on a zero-emissions train fueled by geothermal energy.

You may think this sounds wonderful. Yes, and unicorns are wonderful creatures. But before you bite on the socialist bait of Biden-Sanders unity let me make a few predictions/warnings.

I expect most people who support this sort of thing will say they are willing to sacrifice and pay more in taxes to make it work.  What they mean is they will give up a trip to Starbuck’s once a week or cut their Netflix rentals a movie a month.

Reality would be much different. You lose your house, your car, and your savings. If you think all this would apply to someone else because you have a secure pension, safely invested annuity, or comfortable IRA, think again.

If we elect a government that promises to give us everything the only thing we can be sure of is that it will take all that we have. These people aren’t coming for the billionaires and millionaires. They are coming for us all.

If any of my fellow conservatives hear that I’m down for the revolution they may think I’ve lost my mind. I better explain.

First, I believe in fundamentally changing America – at least the parts that limit freedom and independence. We need to reduce government regulation, cut taxes, increase school choice, and release the entrepreneurial spirit of our people. That would make for fundamental change.

Third, I believe in changes in how the police operate in our major cities. They clearly need greater funding, more manpower, and better training. They also deserve our heartfelt thanks for doing a job that would scare the average suburban soccer mom straight out of her yoga pants.

Fourth, I deeply admire the four most radical, nonconformist, revolutionaries in our nation’s history, who are carved in stone on Mount Rushmore.

George Washington risked his fortune and safety and spent the better part of his life in dire danger to help create a nation where the population could determine its future rather than having it imposed by a king.

Thomas Jefferson wrote perhaps the most elegant description of freedom ever penned: The Declaration of Independence.

Abraham Lincoln maintained the union and freed the slaves and for that was shot dead in a theater.

Teddy Roosevelt was a leader of integrity and great vision, the only person to earn the Congressional Medal of Honor and the Nobel Peace Prize.

These four remarkable men had something in common that all of the so-called revolutionaries of 2020 lack; they wanted to build the nation, not tear it down. They didn’t want to diminish one group for the benefit of another; they wanted a better life for all. Unlike today’s “revolutionaries,” they didn’t sit in their comfortable homes and fund others to subvert and destroy; they were in the front lines of the battle risking everything for our nation.

Nobody who has ever walked this earth was perfect (with one notable exception). Past heroes were flawed, today’s leaders are imperfect, and tomorrow’s trailblazers likely will stumble on their journeys.

The same is true of America, an imperfect union but one built on a stronger and more moral foundation than any other nation in the history of the planet. We will be a better nation by building on the best we have, remembering our history, and improving to become even greater.

By the way, I’m generally opposed to toppling statues, especially those who depict historic figures of importance in the building of the nation. In recent days, we’ve witnessed the desecration of the person who discovered the New World, a couple great leaders of faith, and people who fought for the end of slavery.

The young thugs who tore down those tributes to the past might better spend their time in history class learning how foolish they have been. And maybe they should have a conversation about that statue of Lenin in Seattle.