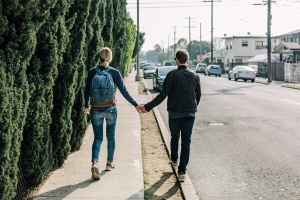 Used to be when you talked about the “facts of life” it meant that often awkward talk a parent has with a child.  You know the talk:  man and woman are different and because of those differences they can make a baby…don’t worry, I won’t go into further detail.

But it seems that in Alberta, the facts as I learned them no longer apply. In Alberta schools, whether someone is a boy or girl no longer is determined by their physical attributes, but how they feel on a particular day.

Today, I identify as a boy and thus use the boys’ bathroom.  Maybe tomorrow I’ll want to express my feminine side and use the girls’ bathroom.  Why bother to have two bathrooms?

If I’m an athlete, I can decide whether I want to play on the boys’ teams or the girls’ teams.  This begs the question of why, in this brave new world of no facts we have teams of different genders.  Why not just have everyone play on the school team?

OK…then some would argue that because boys are (generally speaking) bigger, stronger and faster than girls, pretty much only boys would get to play on school athletic teams.  But if you aren’t supposed to identify boys from girls, I guess you wouldn’t know if that happened.

Are you confused yet?

And while students can pick their gender, they can no longer have a mother or a father (although I’m pretty sure most of them do – at least biologically).

That’s right; schools are no longer to refer to mothers or fathers, hopelessly archaic terms, but to parents or caregivers.  Banned words include her, him, he, she, Mr., Mrs., Miss and Ms., all terms that suggest you are making a judgment about the person’s gender identify.  (I know, if it looks like a boy, walks like a boy, talks like a boy and acts like a boy…well that doesn’t matter anymore.)

Frankly, this is beyond silly.  I identify as male because, well, I am male.  And I hope my manner and attire always make that clear to those around me.

But I guess if I visit Alberta I’ll be an “it.”