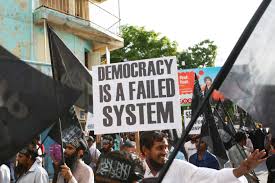 For you know how one must imitate us. For we did not act in a disorderly way among you, nor did we eat food received free from anyone. On the contrary, in toil and drudgery, night and day we worked, so as not to burden any of you. Not that we do not have the right. Rather, we wanted to present ourselves as a model for you, so that you might imitate us. In fact, when we were with you, we instructed you that if anyone was unwilling to work, neither should that one eat. We hear that some are conducting themselves among you in a disorderly way, by not keeping busy but minding the business of others. Such people we instruct and urge in the Lord Jesus Christ to work quietly and to eat their own food.

This warning against idleness was the second reading at Mass last Sunday.

Like many second readings, it probably didn’t register in the minds and hearts of many of the faithful.  Pastors don’t often jump at the opportunity to opine on second readings.

However, this particular reading slipped into my train of thought, which was troubled by the many post-election demonstrations, the images of young people throwing tantrums because someone they don’t like will be President of the United States.

Some might think protesting in the streets is a noble thing, a brave thing.  And if you are standing again tyranny in China, defending the unborn or demanding justice for the innocent, it is a noble thing.

Whining because you lost an election isn’t noble – it is childish.  Violent protests that injure people or destroy property are criminal.  Throwing a public tantrum because you didn’t get your way or disagree with others is, well, an act of idleness.

It isn’t constructive, positive or helpful.  And it reflects an underlying and arrogant assumption on the part of the protestors that they are someone entitled to have their way.

I have a suspicion that many of these young protestors got the message early on in life that they are special.  School should be free.  They have a right to self-actualization.  Health care is a right.  College is a right.  Economic security is a right.  A position of importance in an important organization is a right.  The world must hear what they have to say and agree with what they think.  They are the future.

And in the town where they grew up, everyone was far above average.

My wise Aunt Louise told me as I got ready to go to college that I was entering the most selfish time of my life.  Of course, I was taken aback and protested mightily.  But it gave me pause when she pointed out that I would be living in a dorm with all my meals provided, attend classes I chose, study in between social events, attend football games, drink too much, eat too much and more or less focus entirely on myself for at least four years.

In other words, she had a point.  And I expect today’s protestors come from a similar perspective, augmented by the gnawing fear that their degree in gender studies will be less marketable than it is currently fashionable.

This is a free country and everyone has the right to express their opinion.  But with freedom comes responsibility to be constructive and avoid damage to others.

I recommend the protestors put down their rocks and get back to class or work.  If you want to change the world, your opportunity comes at the next election – or be doing something positive today for someone else.