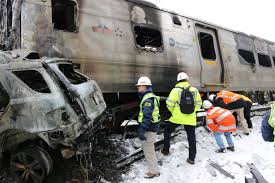 The axiom in local news coverage is that if it bleeds it leads.

This truth is stated with ironic humor, but it really is a truth.  As a small point of evidence, I offer the top eight headlines in the Chicago Tribune’s July 5, 2018, issue:

The first seven articles are by any definition “bad” news, some involving the literal shedding of blood.

The eighth story is positive, I think.  I assume it is good that Baez had a “sexy” steal, although I don’t know what makes a steal sexy. Perhaps it means his pants fell down. I don’t know; I’m a White Sox fan and we keep our pants on in public.

I understand the basic criteria for news. News is what has the most effect on the lives of people, what is emotional, what is unusual. It isn’t news when the vast majority of airplanes land safely; it is news when a plane crashes. It is really big news if a plane crashes and someone famous was on the flight.

I’m not so naïve as to think the leading headlines in Chicago Tribune will ever be something like this:

But as a Catholic, I do need to keep my eyes, ears, and heart focused on the positive – and what I can do to minimize the negative.  I can’t help but feel empathy for two people hit by lightning during a July 4 event. But I can be thankful that hundreds of thousands of people were not injured.

The headlines are often distressing.  However, behind those negative events are millions of positive events.  And perhaps the most positive news of all is the negatives are such a small part of reality.