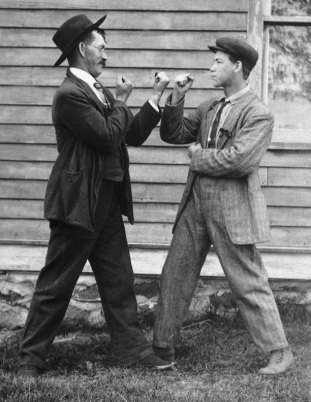 Way back in the middle of the 20th century, I went to public school.

We had events that I remember being called “debates.”  There would be some proposition, say, “the voting age should be lowered to 18.”  (Yes, I’m old enough to have lived when the age requirement was 21 – but the issue of women having the vote had long been resolved.)

The debate would have two teams, one for the proposition and one against.  One side would speak, then the other.  There were rebuttals and the use of many index cards and a copy of the rules ever handy.

I always thought what I have just described was called a debate.  But I’ve watched several television events called debates – and they aren’t anything like what I remember.  These current events remind me of what sometimes occurred on the playground at recess.  It was a spirited conversation, usually between two young male students, that went something like this:

You are a dirty, rotten liar.

Am not…you are the dirtiest liar in the whole school.

You take that back or I’ll punch you.

You punch me and my big brother will whoop you.

Your brother touches, me my dad with beat him up.

Yeah?  Well…my dad is bigger than your dad.

The discussion could go on for several minutes, sometimes devolving to a physical altercation.  This rarely resulted in any real physical damage to the participants, although I expect there are thousands of psychologists who have made a good living sorting out the resulting mental trauma to fragile young male minds.

I never thought of these playground events as “debates.”  I thought they were just a couple young guys acting like jerks.  They usually were the sort of guys who would make a younger boy put his tongue on a light pole in the dead of winter and laugh when it stuck to the metal.

If I had to give them a formal name it would be something like “spat” or “scuffle.”

So…when I tuned into the “debates” I thought I was watching a scuffle, with a bunch of guys (and an occasional gal) acting like jerks.  I guess these people are running for President of the United States and believe the best way to get elected is to call the other candidates liars, cheats, dummies or Canadians.  (Frankly, I always thought it was a compliment to be called Canadian – but perhaps that’s because I’m a fan of the frequent-of-late-Stanley-Cup-Champion Chicago Blackhawks.  We have lots of wonderful Canadians on our team.)

Maybe my apparent misunderstanding of these terms is just another case of the confusion inherent in the English language.

For example, “forensics” is the study of “reasoned discourse: argument.”  A debate team often is called a forensics team.  But “forensics” also is a criminal science.  Forensic scientists investigate crime scenes and are often portrayed on television shows analyzing DNA samples and tiny hairs left behind by doers of dastardly deeds.

I think the folks on the televised “debates” relate to both definitions of “forensic.”  They engage in argument, though sometimes poorly reasoned.  And they seem to be in the midst of a crime scene, the crime being the murder of the American political process.

Maybe we’d be better off with their tongues stuck on a cold pole.