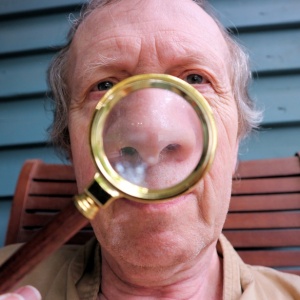 The gender equality police achieved a major victory a few days ago when Kleenex agreed to change the name of Kleenex Mansize to Kleenex Extra Large.

It seems some of the feminist police thought a reference to some nose wipes in the masculine gender somehow implied that women weren’t as rough and tumble, that they didn’t have the nose power of men.

I doubt that is what the folks at Kleenex were thinking when they named the product decades ago.  They likely thought women would not be offended if accused of having daintier noses.  But those were the days when it was a compliment to call a woman feminine.  Times have changed.

I’m not saying there are no dainty, feminine women left. But it seems to me that many of the women I observe in public are determined to prove they are just as big, tough, mean, and smelly as any man could ever be. Some women have surgery to become men – and vice versa – but that is an issue for another day.

I suggest they put a tagline under the new name of the tissues, something like “For Big Drippy Noses of Every Gender.”

And there are many other products that will have to be given new names.

Some wise marketers have done their best to get ahead of the gender police.  The people who make Johnnie Walker whiskey came out with Jane Walker whiskey earlier this year.  Nice try, but I think this will be seen as a hapless attempt at making “separate but equal” acceptable. They will eventually have to eliminate both Johnnie and Jane and use a genderless name, perhaps Red Label Whisky.

But there are some products that have a masculine name and I hope they retain it.  I’m thinking specifically of Mr. Twister fishing lures.  I like to fish and I use these little gems frequently.  The name has alliteration and describes the product perfectly.

And I admit that I fully intend to continue to be a fisherMAN as long as God gives me the strength to cast a Mr. Twister.